The first set of multi-team test have been completed in Valencia this week. It is the first official set of testing on the Formula 1 calender and it did provide some very interesting fore shadowing as to what may happen in the upcoming season. Granted that not all teams were present at this race, it did provide hope for one team. 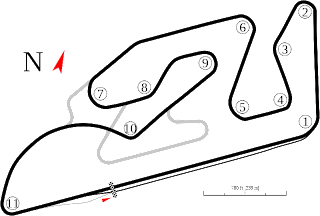 
That team being,Ferrari. A team that finished fourth overall last year and 100 points behind Brawn GP in the constructors championship. Also having to endure the injury of their number one drive (Felipe Masa) last year as well. But with the rehabilitation complete and a new driver and former World Champion (Fernando Alonso) added to the mix, Ferrari posted some very impressive times.

Ferrari finished as the fastest overall for the whole weekend on this track, and shows that they can still get it done. Other notable teams are McLaren and Mercedes who also put up impressive numbers this weekend. In the first preview of Formula 1 testing here in Valencia