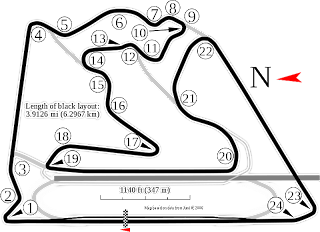 The 2010 Formula 1 Season is about to start, and this year it is in Bahrain. A great course with a decent amount of difficulty, speed, and limited passing areas. With a much greater fuel load and pit stops expected to take place in less than 3 seconds, or at least that is the goal set by Renault this year. Entering this grand prix however, who is in the best position to win.

The early front runners are: Ferrari, McClaren, and Red Bull, all of which posting incredible results throughout all of testing. Then at the opposite spectrum, with HRT (formerly Campos Meta) entering the ring last minute and not completing a single practice lap are the destined to finish in last, a spot last year held by both Torro Rosso for most of the season. Then consider the difficulty Virgin had during testing, will their car stay together during the race or will it fall apart like in Jerez and Barcelona. While Lotus managed to complete a successful testing session at both Jerez and Barcelona, they look to be the front-runners for the new entries. In case you are wondering about US F1, they did not make the deadline and will not be competing in this years Formula 1 world championship.

So it is now time for me to make my 2010 season predictions for the top 5 teams and drivers.